THE REVOLUTION WILL BE SPONSORED ACT#1

Might late capitalism somehow not be respecting its own course as it flows straight ignoring the strength of stones? Should we then accept this mediascape as the way to go, have we already accept it? Do we really wanna live in a world without, Nike, Coca-Cola and McDonald’s, ?
Revolution will be sponsored act#1 is a public work of art which consists of copying an icon using the pebbles of the sculpture garden of the Palmer Museum (State College, PA, United States) shaping the form of the Nike swoosh. The idea is to build  a pebble-made-Nike-swoosh monument that would represent the malleability of the power of the commercial icon.
Pebbles are eroded as the flow of the river goes through and nature advises the actual pebble and the course should shape together its way. In the era of the remix, the purpose of this intervention is not just to take advantage of the powerful visual attraction of this icon but to mesh it with the environment as an element that already belongs to our mediascape. This work is also and homage to all those who have previously sampled and used successfully and unsuccessfully this icon, straggling with legal, copyright and authorship issues. 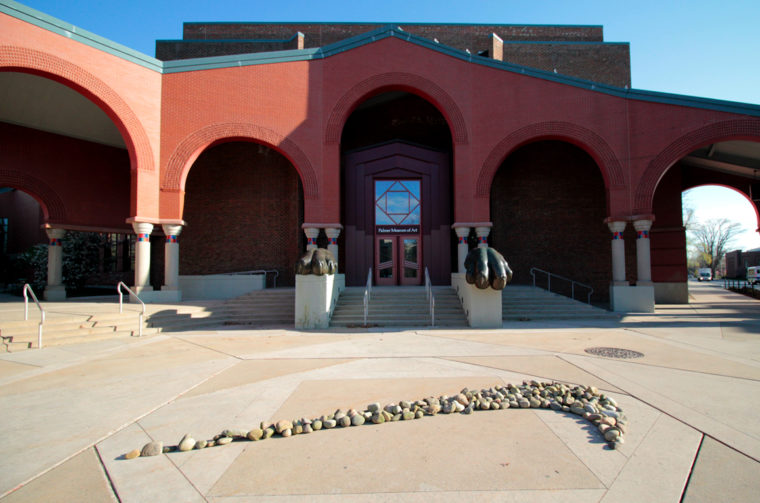 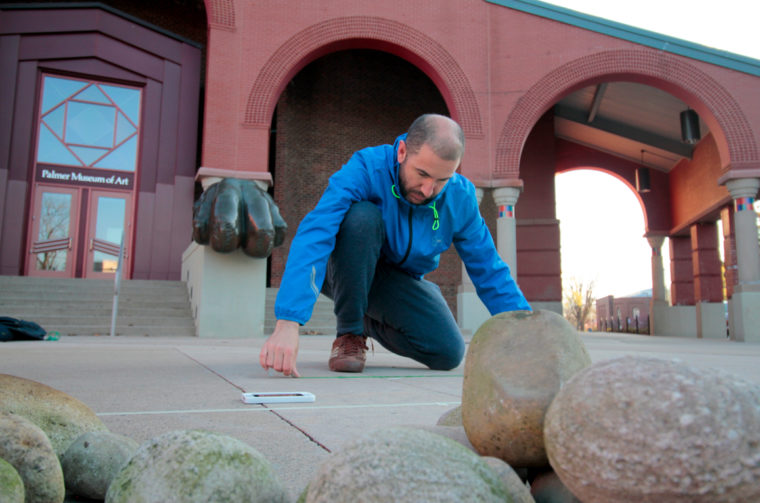 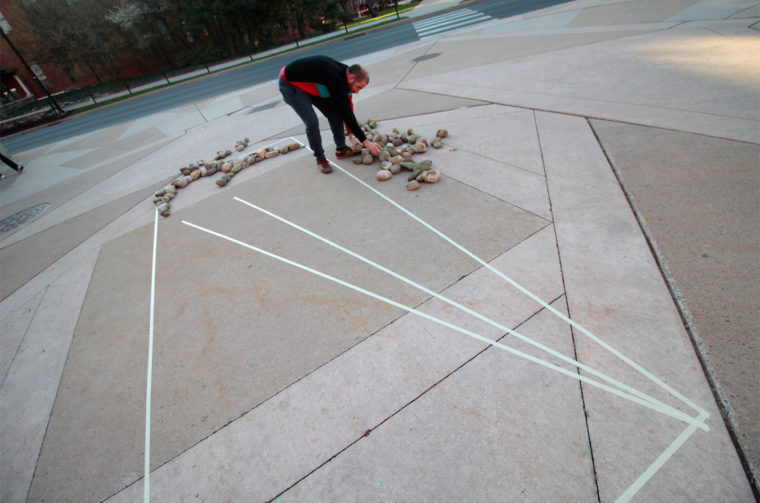 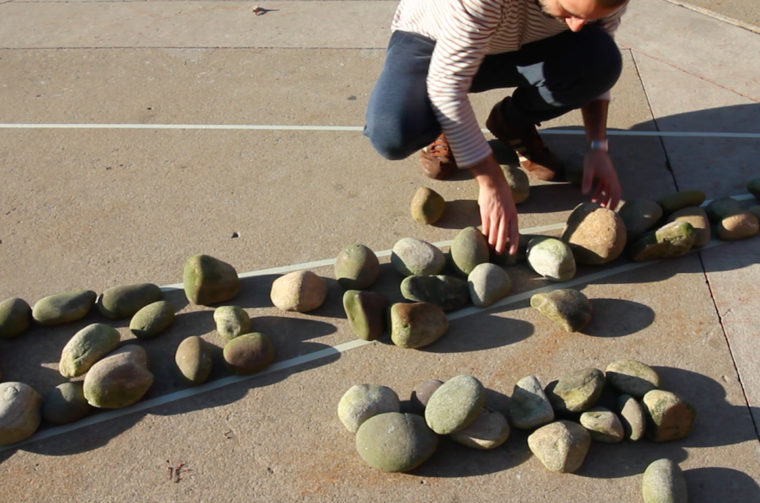 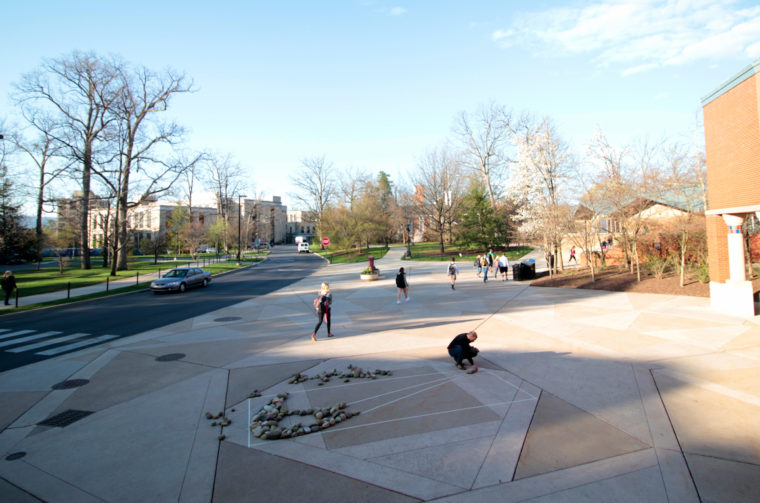 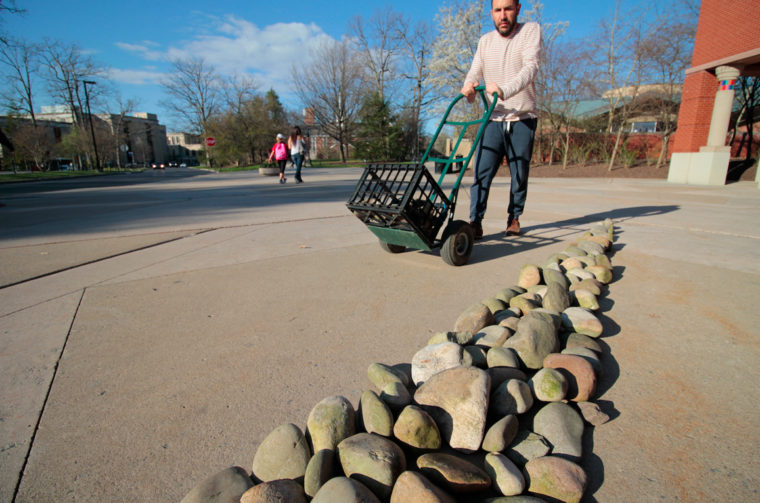 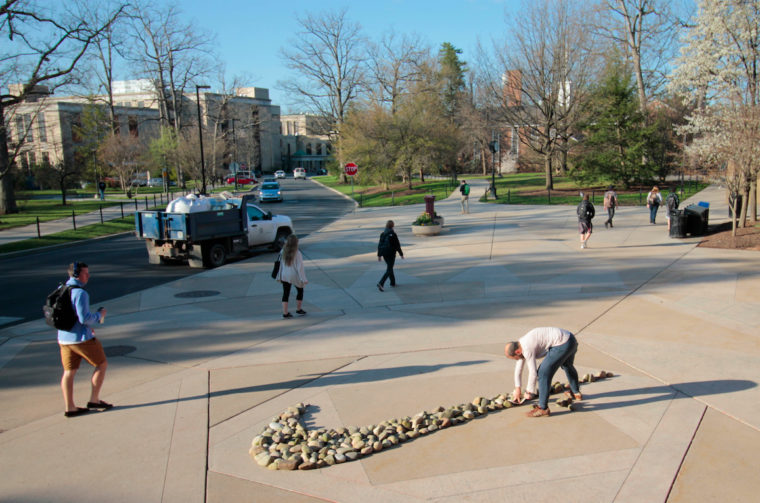 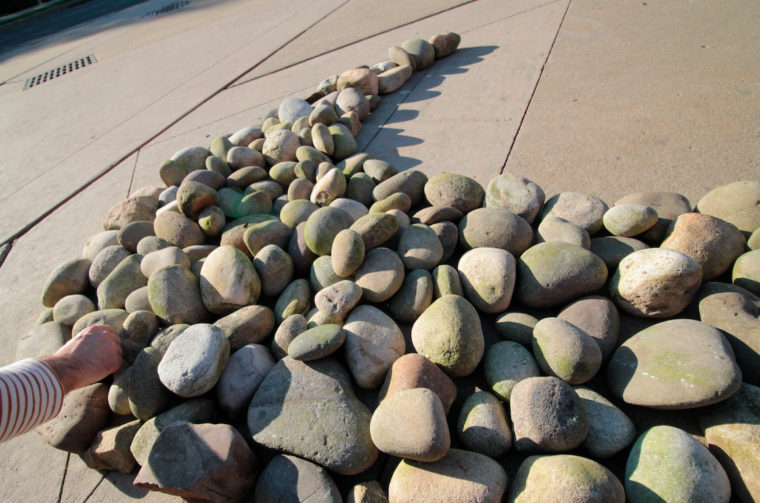 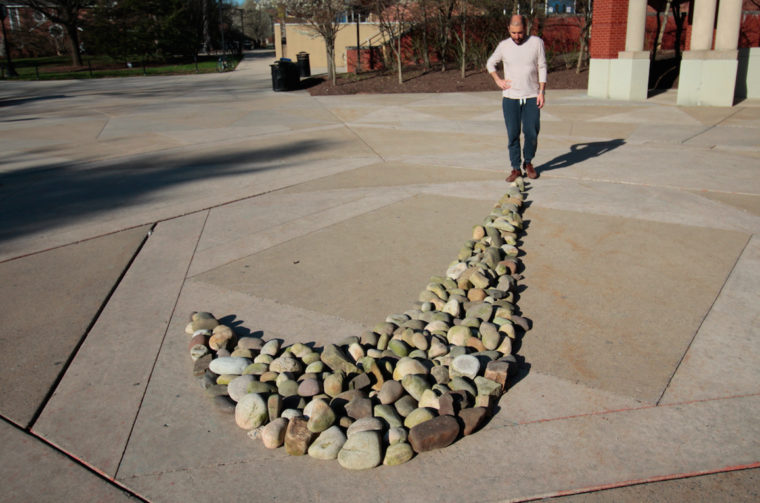 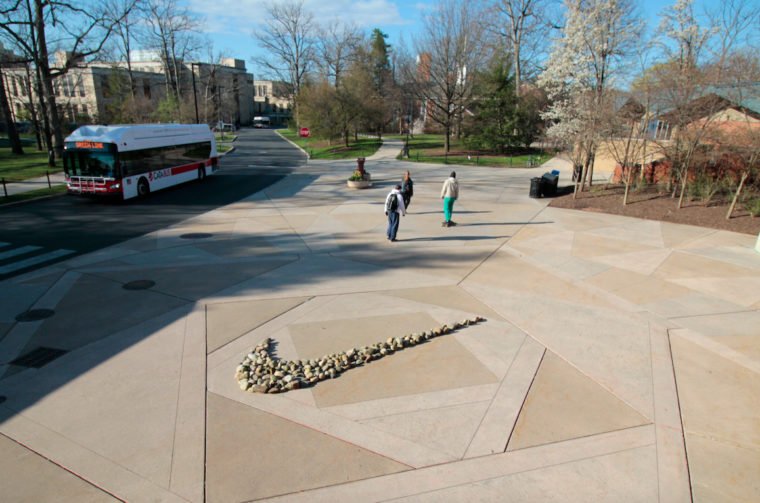